Recreational Marijuana and the DOT

Recreational Marijuana and the DOT

Recreational marijuana and your drug test

The 2012 US Presidential election failed to bring in a new President but did bring in some new laws, of which a few are highly controversial.  Several states brought in changes or planed changes to existing marijuana laws.  The legal recreational use of marijuana has now become a reality in a couple of states, and a hot topic in a few others.  As the dust is now settling many in the trucking community  are asking about the implications of recreational marijuana use and the DOT, specifically how will it impact Drug Testing.

The DOT today confirms it’s stance regarding marijuana use

use the Department of Transportation’s Office of Drug & Alcohol Policy & Compliance today issued the following notice.  It is confirms the long standing stance on the use of marijuana.  Persons who test positive for marijuana along with any other controlled substance listed on Schedule 1 of the Controlled Substances Act will have failed their Drug test, period, therefore it remains as it always was, no changes.

DOT OFFICE OF DRUG AND ALCOHOL POLICY AND COMPLIANCE NOTICE

Recently, some states passed initiatives to permit use of marijuana for so-called “recreational” purposes.

We have had several inquiries about whether these state initiatives will have an impact upon the Department of Transportation’s longstanding regulation about the use of marijuana by safety‐sensitive transportation employees – pilots, school bus drivers, truck drivers, train engineers, subway operators, aircraft maintenance personnel, transit fire‐armed security personnel, ship captains, and pipeline emergency response personnel, among others. 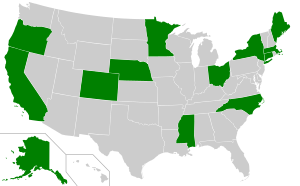 English: U.S. states are shown in green where non-medical marihuana has been decriminalized at the state level. Note that marijuana of any kind is still criminalized under U.S. federal law throughout the entire U.S. (Photo credit: Wikipedia)

It is important to note that marijuana remains a drug listed in Schedule I of the Controlled Substances Act. It remains unacceptable for any safety‐sensitive employee subject to drug testing under the Department of Transportation’s drug testing regulations to use marijuana.

We want to assure the traveling public that our transportation system is the safest it can possibly be.

Office of the Secretary of Transportation

Page load link
PSTC uses cookies and third-party services to create a great user experience. By clicking Ok you are accepting the use of cookies. You can review our Privacy Policy at https://www.pstc.ca/privacy-policy-2/ Ok
Go to Top